The 10 years anniversary PCW took place at the Danish Meteorological Institute in the very same buildings where it all started almost exactly 10 years earlier by an informal meeting between DMI (Esben, Lars and Rune) and SMHI (Adam and Martin) on December 4th, 2009.

This time we were 18 people attending, almost all of us during the entire week, coming from Polen, Germany, Switzerland, Sweden, Denmark and Italy, representing 8 different entities (National Met services, EUMETSAT, TechNavia, and other governmental and environmental institutes). We had a mixture of a few first time attendees and those who have been attending regularly the last few years. 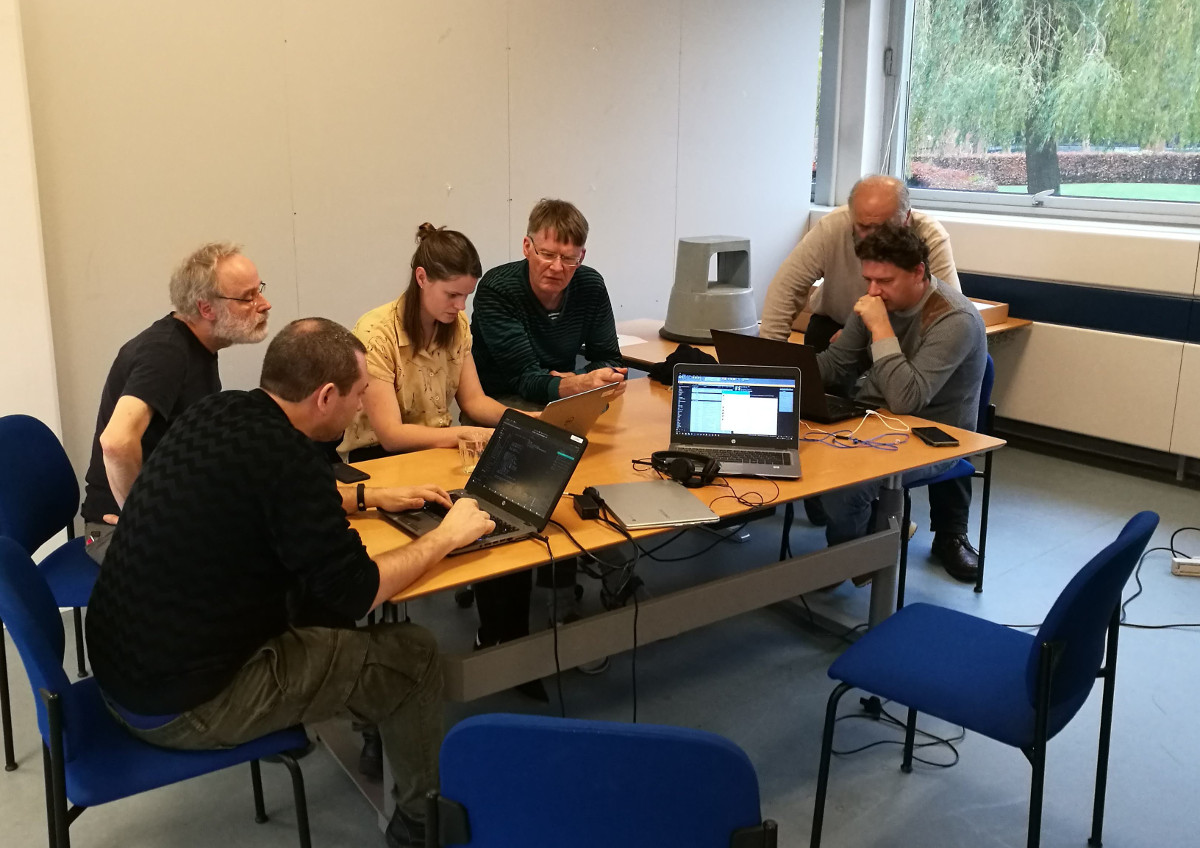 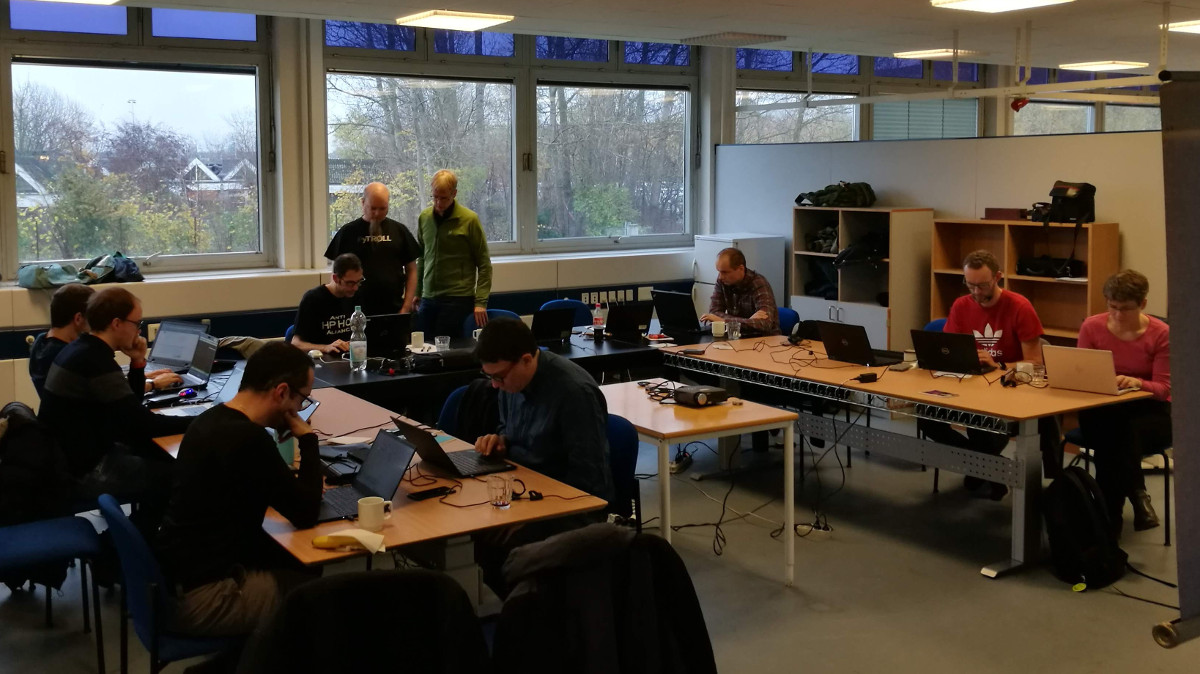 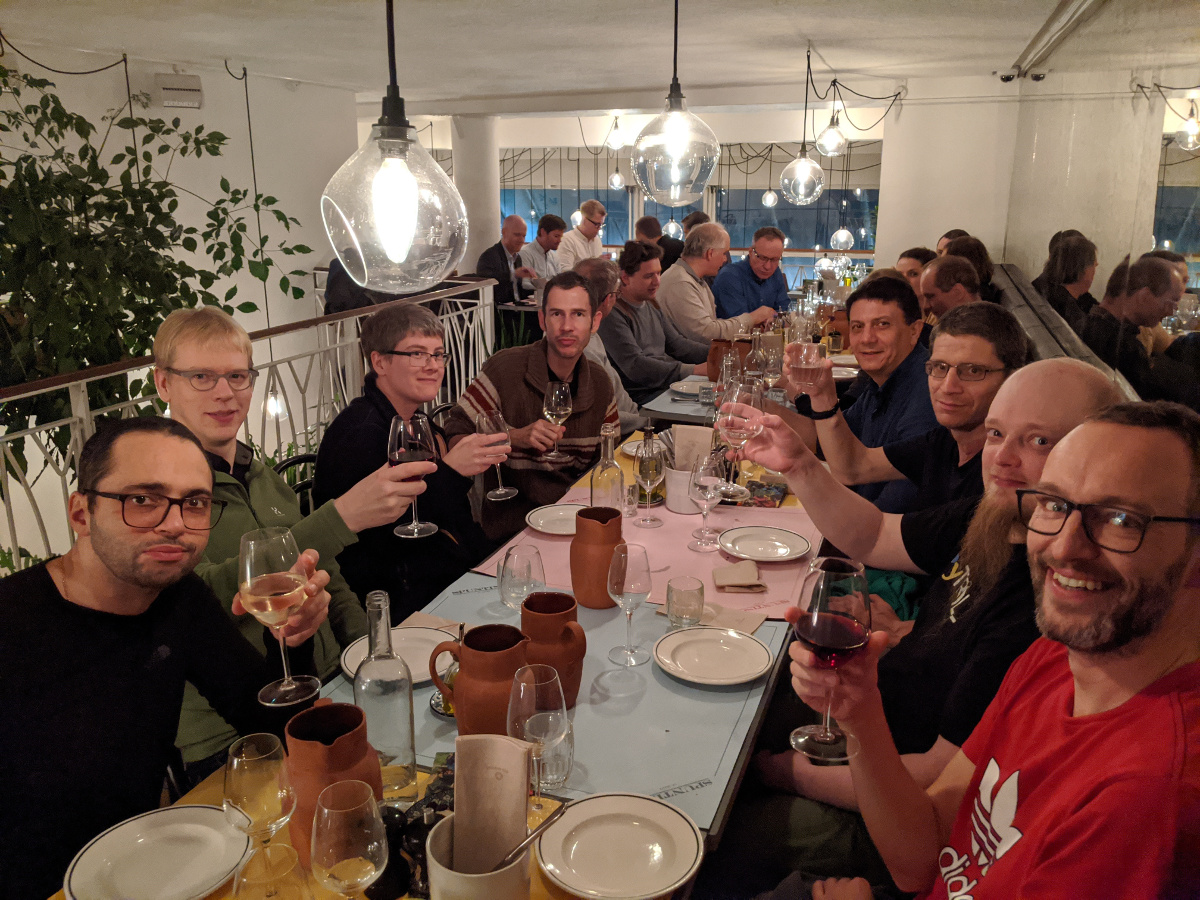 A Pytroll contributor week took place at the Pyle Center on the University of Wisconsin - Madison Campus hosted by the Space Science and Engineering Center (SSEC) in Madison, WI, USA from 13th to 17th of May, 2019. This was the first workshop in the Americas with a total of 24 people attending through the week. Attendees came from Europe and North America including many first time attendees from the SSEC, CIRA, NRL, and NOAA. 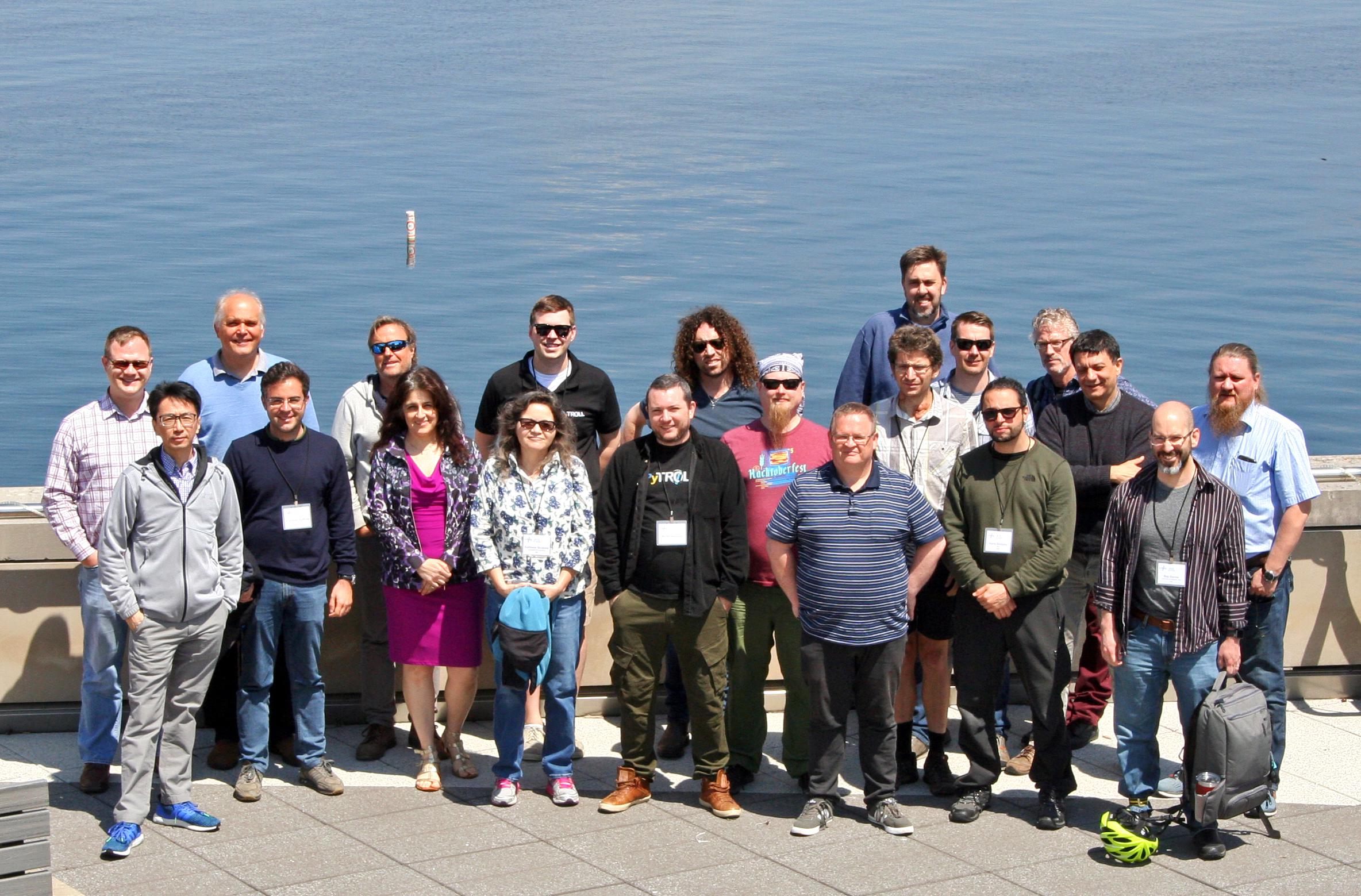 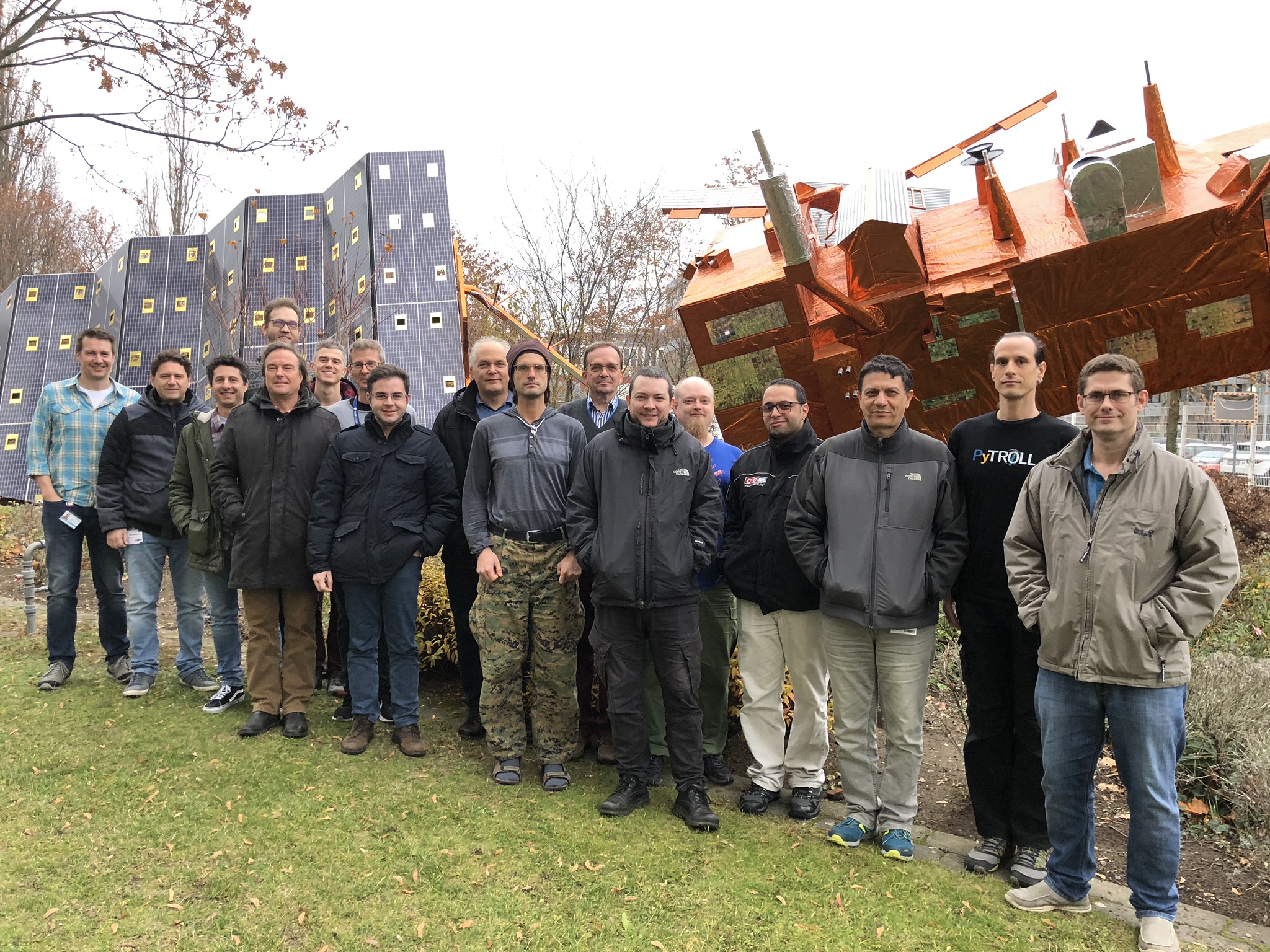 A record number (24, though some only a couple of days) Pytroll developers and users gathered together during one week to fix bugs, document, enhance and improve functionality of the Pytroll suite of software packages. The following organisations were represented:

Other items worked at but not yet finished

The Pytroll workshop for spring 2018 took place at the Norwegian Meteorologisk Institutt, in Oslo, Norway, from Monday April 23rd to Friday April 27th 2018. 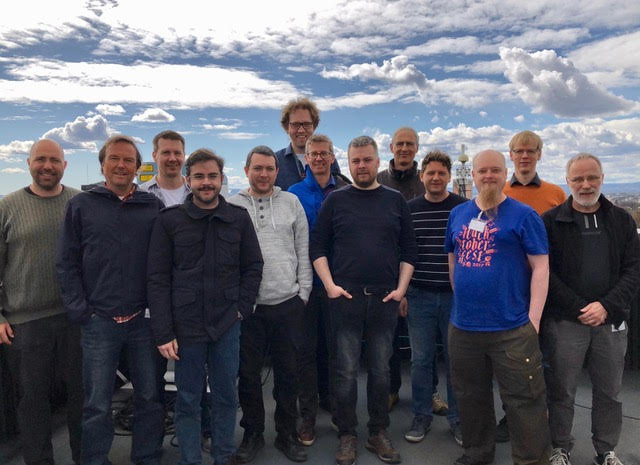 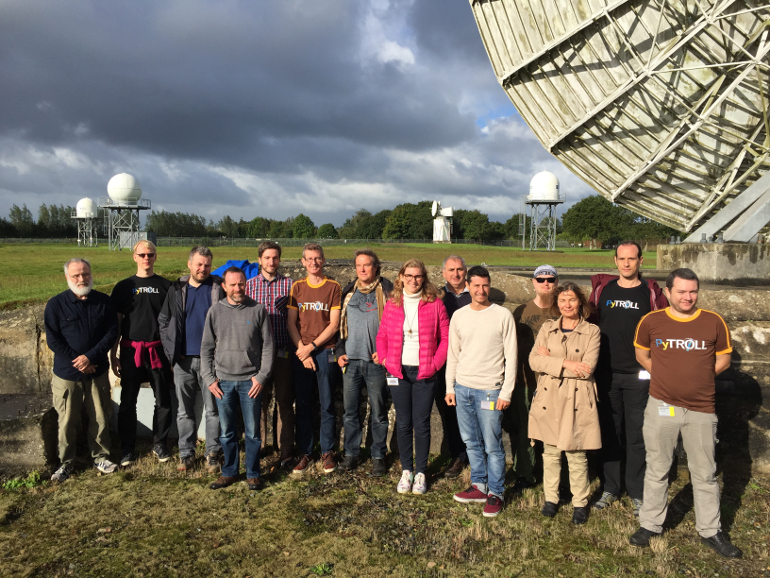 A pytroll developers workshop was held at the Russian State Hydrometeorological University (RSHU) in Saint Petersburg, Russia, between March 27th and 31st, 2017. We were around 20 participants from various National Meteorological Institutes, universities and companies. 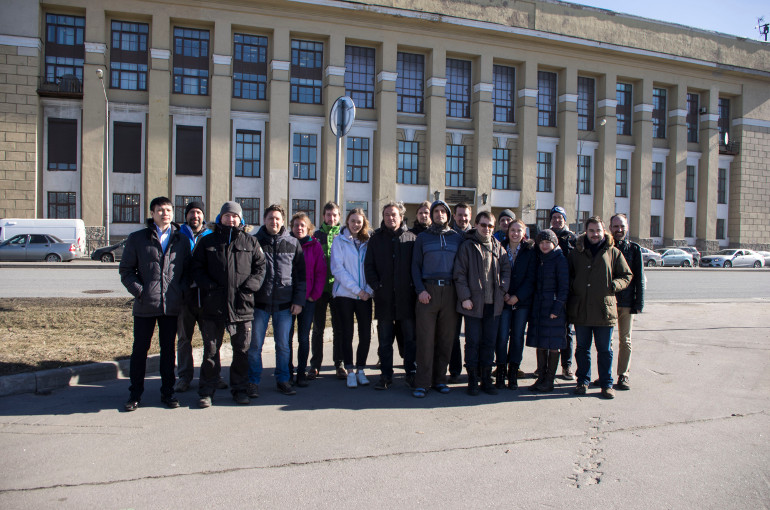 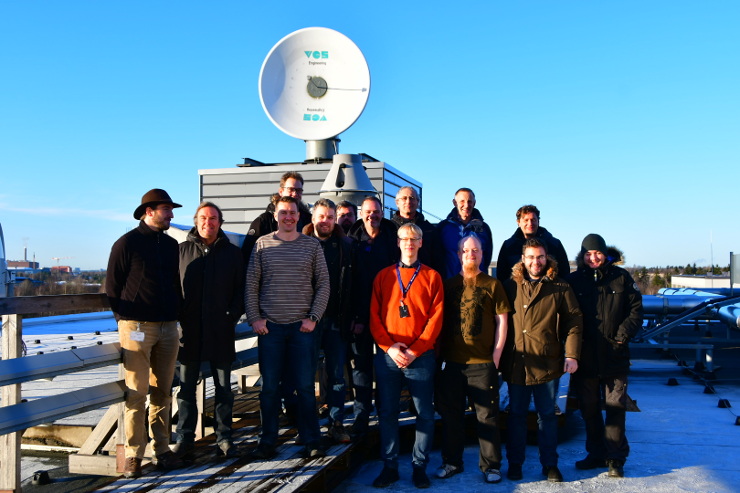 A pytroll developers workshop was held at the Head Quarters of Deutscher Wetterdienst (DWD) in Offenbach between June 13 and 17, 2016. With the paticipation of 18 developers from the national Met Services of Switzerland, Norway, Denmark, Sweden, Finland and Germany, as well as EUMETSAT it was the largest to date. 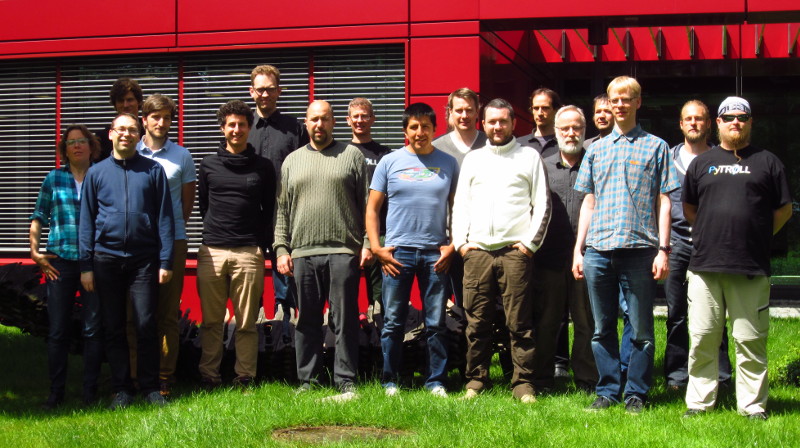 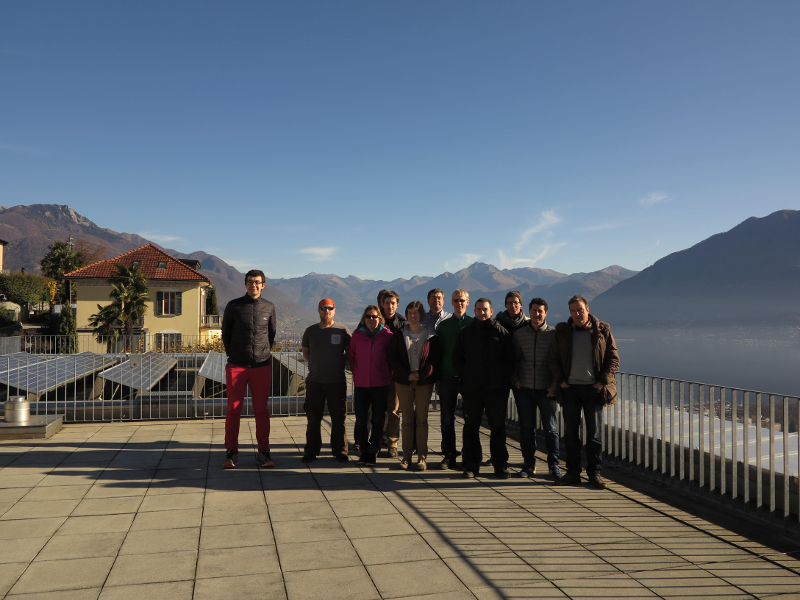 After a two day open workshop we were 7 pytrollers from Finland, Iceland and Sweden staying till the end of week working together on some pressing issues. See below for a summary of achievements. If you would like to contribute actively with the pytroll development, please let us know at the mailing list (pytroll@googlegroups.com) or chat with us directly on the pytroll slack: https://pytrollslackin.herokuapp.com/. We plan to have two pytroll weeks (usually 4-5 days of dedicated programming) each year. Usually we will identifiy a few specific topics that we think needs special attention. 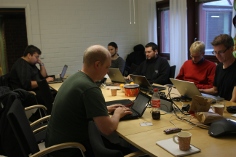 Presentations at the workshop

The first open Pytroll workshop was held in Norrköping, Sweden, end of November, 2012. Nine programmers or satellite experts from Holland, Finland, Romania and EUMETSAT joined up with the pytroll teams at DMI and SMHI, to get more acquainted with the pytroll tools and how it can be used in their local environments for satellite data production.

Hard work at the 2012 workshop in Norrköping, Sweden: 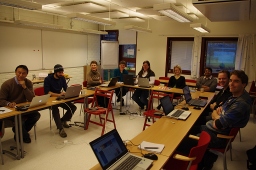 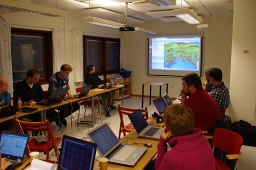 Presentations at the workshop